Home / About Us / Leadership Gregory Woods became AstroNova’s CEO in February 2014. Mr. Woods joined the Company in September 2012 as Executive Vice President and Chief Operating Officer and was appointed President and Chief Operating Officer on August 2013. Prior to joining the Company, Mr. Woods served as Managing Director of advisory firm Medfield Advisors. He previously served in various executive leadership roles, including President of Performance Motion Devices, a specialty semiconductor and electronics manufacturer; CEO of Control Technology Corp., a manufacturer of industrial computer and software products; and President of API Controls, a division of Danaher. Mr. Woods holds a Bachelor of Arts in physics from Colgate University, a Bachelor of Engineering in computer and mechanical engineering from Dartmouth College, and a Master of Business Administration from the University of Rochester. David S. Smith was appointed as AstroNova’s Vice President, Treasurer, and CFO in January 2018. Mr. Smith is responsible for the oversight of all financial and information technology functions. Bringing 25+ years’ experience, he previously served as CFO for Dover Corporation and Crane Co., as well as Sr. Vice President and CFO of Standard Microsystems Corporation. Prior to joining AstroNova, Mr. Smith also held the position of Managing Partner for S.C. Advisors LLC, his financial management consultancy based in Darien, CT. He received his Bachelor of Arts degree from Columbia College, Columbia University and Master’s Degree in Business Administration from Wharton School, University of Pennsylvania. Michael J. Natalizia holds responsibility for overseeing all technology initiatives of the company. As an Executive Corporate Officer, he manages the research and development groups for all AstroNova business groups and leads their technological development. Mr. Natalizia has been with AstroNova since 1986 and has previously served as R&D Manager of the AstroNova Aerospace products, as R&D Manager of AstroNova Product Identification brands and as an engineer in the Test & Measurement products. He earned a Bachelor of Science degree in electrical engineering and computer science from Tufts University. Stephen Petrarca joined the Company in 1980 as an Electronic Technician and became the Supervisor of the Test & Repair Department. With the acquisition of Grass Instrument Company in 1994, Mr. Petrarca was promoted as Operations Manager of the Grass facilities in Braintree and Quincy Massachusetts and integrated the Grass operations into AstroNova’s manufacturing function. In 1998 he was appointed Vice President of Instrument Manufacturing and became an Executive Corporate Officer of AstroNova. Mr. Petrarca’s responsibilities were further expanded in 2014 to include companywide manufacturing as Vice President – Operations. Mr. Petrarca holds a Degree in Electronics Technology and completed the Business Management Program at Bryant College. Matthew Cook leads the global human resources planning and functions, including engagement and development programs to increase organizational effectiveness. Mr. Cook joined AstroNova in November 2014. He came to AstroNova from Brookfield Renewable Energy Partners where he was instrumental in acquiring and developing the leadership team of their North America Operations. He held the previous HR and manufacturing leadership roles in commercial printing and aerospace industries that span a 30-year career in manufacturing and technology businesses. He holds a Bachelor of Philosophy from the University of Vermont, a Juris Doctorate from Western New England School of Law and is an Officer Candidate School graduate from the Army National Guard. Thomas W. Carll joined Astro-Med, Inc. in 1989. Previously, Mr. Carll was a Sales Engineer and National Sales Manager of the AstroNova Test & Measurement product group, and later also the AstroNova Aerospace business group which was formed in 2004. Mr. Carll holds a BSEE from the University of Rhode Island and an MBA from Bryant University. 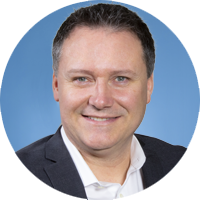 Francois Lestage manages global sales, product development & manufacturing for AstroNova’s Product Identification Supplies business. Mr. Lestage joined the company in July 1996 after completing his Bachelor’s degree in Electrical Engineering at the University of Montreal’s Polytechnique. He held positions in sales and sales management, including Operations Manager of our Canadian Branch, before being promoted to the role of General Manager for the PI Supplies group based at the Corporate Office in Rhode Island. Mikkel Wichmann manages global sales for AstroNova’s Product Identification Hardware business. He joined the company in February 2017 through AstroNova’s acquisition of TrojanLabel A/S. Before his appointment as VP, Global Business Leader, PI Hardware, Mr. Wichmann founded TrojanLabel in 2013, where the company was quickly recognized by its break-through product development programs and successful commercialization, both main factors leading to the successful acquisition by AstroNova. He also held senior positions within market-leading digital printing companies such as EasyPrint (Managing Director) and Domino Printing Science (Business Unit Director). Mr. Wichmann holds a Bachelor of Economics, Bachelor of Philosophy and an Executive MBA from the Copenhagen Business School, Denmark.